A Brief History of Everything We Know Thus Far

that I love Bod Seger and one of his songs needs new life outside a truck ad ... here we go!

I got COVID-19 (or is it SARS‑CoV‑2?) a few months back (we must never forget Li Wenliang) and when I was sick with this virus of all viruses I read Andrew H. Knoll's fabulous book "A Brief History of Earth" and I told myself that today I would write about what I read and why I liked what I read. Does that not sound nice?

Four billion years in eight chapters and I haven't picked up this book in months so I am trying to recall from memory what I did learn or why I wanted to read it in the first place. Okay, okay — something is coming back to me. Stephen Gould — I was really into his books over the summer and was really digging his writings on Darwin. Darwin. In my mind I see now his partner in crime: Alfred Russel Wallace who was not a racist but an honest person in a bad time. More on him later.

I needed a bit of science with my Freud (the great fraud!) whom I can't put down for long and now I see Loren Eiseley jump about my mind. More on him soon.

I was waiting for Knoll to acknowledge Gould and he does at some point but I do recall that he takes his sweet ass time doing so but every man wants to be somebody so I get it. I marvel at these deep minds sometimes. How they can convey knowledge with such a crisp self-confidence or is it a smug self-confidence?

For Knoll it's to Marsha for everything.

Whereas mine (what you are now reading) is for vrfc.

I suppose we should start with gravity. It's what keeps us grounded! Ha, dad joke? Really. Come now.

What's Einstein got to say about gravity?

"If we pick up a stone and then let it go, why does it fall to the ground?" The usual answer to this question is: "Because it is attracted by the earth."

The action of the earth on the stone takes place indirectly. The earth produces in its surroundings a gravitational field, which acts on the stone and produces its motion of fall.

It is something like this: The body (e.g. the earth) produces a field in its immediate neighborhood directly; the intensity and direction of the field at points father removed from the body are thence determine by the law which governs the properties in space of the gravitational fields themselves.

Bodies which are moving under the sole influence of a gravitational field receive an acceleration, which does not in the least depend either on the material or on the physical state of the body.

Your browser doesn't support HTML video. Here is a link to the video instead.

Link to video with closed captions

Knoll calls gravity the "architect of the universe":

Gravity describes the attraction between different objects, with the strength of the attraction determined by the masses of the objects and the distance between them.

When we look up at the sky we're looking into history because the light has taken so long to get here. Wild. Just wild. What's even more insane is what we don't see. Dark matter and dark energy make up 95% of all that exists! This dark matter doesn't interact with light. Why? No one is certain. We do know one of your namesakes lent a helping hand in understanding that it's out there.

Rubin's calculations showed that galaxies must contain at least five to ten times as much dark matter as ordinary matter.

13.8 billion years ago the "primordial kernel of universe began to expand rapidly" and is still. With the collapse of atoms into hot, dense balls due to gravity which caused hydrogen nuclei therein to fuse and form helium we have light.* Most of our understanding of things comes from light. Our eyes can only detect a narrow range of wavelengths. But we have the tools that can help us understand the composition of its source. Who makes those tools and how? That's for the reader to find out.

Light, light on the brain. Here's what Hawking has to say:

By the wave/particle duality of quantum mechanics, light can be regarded as both a wave and particle.

Max Planck suggested that light, X rays, and other waves could not be emitted at an arbitrary rate, but only in certain packets that he called quanta. But what of these waves?

[V]isible light consists of fluctuations, or waves, in the electromagnetic field. The wavelength (or distance from one wave crest to the next) of light is extremely small, ranging from four to seven ten millionths of a meter. The different wavelengths of light are what the human eye sees as different colors, with the longest wavelengths appearing at the red end of the spectrum and the shortest wavelengths at the blue end. (p. 40, My Worn Paperback of BHT) This leads us to Heisenberg's uncertainty principle. I hear clocks ticking far off and away and they're floating too and I see the past, present, and future as I've never seen them before. Redshifted one second, blueshifted the next. Just riding the waves here as best as one can. Imagine if Moe Berg actually shot Heisenberg.

Light and gravity: an important duo.

Our Sun has about enough fuel to keep burning and exploding for another five thousand million years or thereabouts. Think about time and its deep reach. How far back does it actually go? Knoll says this as "through the immensity of time". Time is big, Rex. The early stars were great foundries fusing elements in the tedium of time. Eons of endless fusion.

About 4.6 billion years ago and 93 million miles away from the newly formed Sun (Sol) all these collisions of atoms and the resulting heat and accompanying coalescing into forms we're left with some kind of Earth but not as we know it today, of course. Back then Earth was not hospitable to life. We know this from rocks. If light is telling us the story of the universe than rocks tell the history of Earth (p. ??, A Brief History of Earth).

My mind wonders now to the Cambrian explosion and the Burgess shale of which I learned from Gould and he has written a book called Wonderful Life all about it. I haven't read it all but do plan to finish some day.

How do we know what this ancient Earth was made of? Different substances melt at different temperatures. For example, water will turn to ice at 0℃ (32 ℉). In much the same way, "minerals found in rocks crystallize from molten precursors at temperatures that range from hundreds to more than 1,000 ℃." (p. 17, Knoll) Carbon dioxide formed later.

In the air, carbon dioxide is transparent to visible light but absorbs infrared radiation, acting as a greenhouse gas.

CO2 is necessary for the survival of life on earth.

We'd have to discuss the Biogeochemical cycle but suffice it to say that the food we eat is made of it and it comes from the oceans and the atmosphere. Every breath we take brings in oxygen, a waste product. That's where we get all this energy to walk around and do stuff with.

To review, plants and other photosynthetic organisms remove CO2 from air and water, fixing carbon to form the biomolecules required for growth and reproduction. Animals, fungi, and innumerable microorganism gain energy by respiring those molecules, returning carbon to the environment as CO2 Photosynthesis and respiration almost but not quite balance each other, the "not quite" portion being organic matter that escapes respiration and related processes to accumulate in sediments. (p. 216)

I consulted Eiseley further on all this and I'm reading and reading ( I cheat and use the index sometimes ) and I see in the three books of his I have before me he only mentions carbon twice and here's the second time:

Somewhere, somehow, sometime, in the mysterious chemistry of carbon, the long march toward the talking animal had begun. (p. 124, The Immense Journey)

Soon we're talking about rocks from space and some even think that life came here from way out there riding some holy comet and boom! landed on old Earth. This is called "panspermia".

Eiseley discusses "panspermia" and according to him the idea came from Lord Kelvin and Svante Arrhenius (p. 126, Ibid). All of this doesn't really solve the origin of life problem, however. Just moves it elsewhere. We owe Arrhenius a great debt for other things. More on that at 5 PST.

Knoll understands that some other of his fellow scientists rave about this idea of seeded life (p. 72, A Brief History of Earth). I'd just like to point out that it is the year 2022 and Knoll is perhaps surround by men and women that "enthuse" about this notion of "panspermia".

Once you turn the page of your Eiseley text you'll see even more here: (all this quoting helps me practice my typing):

This theory (panspermia) had a certain attraction as a way out of an embarrassing dilemma, but it suffers from the defect of explaining nothing, even if it should prove true. It does not elucidate the nature of life.

Freud (or his translators) loved the word "elucidate" and its derivatives. Eiseley had obviously read Freud and you'll know that if you ever read Eiseley. Gould has read him too. That notwithstanding, more on this mystery of carbon and life:

Since life makes use of the chemical compounds of this earth [Gaia], it would seem better to proceed, until incontrovertible evidence to the contrary is obtained, on the assumption that life has actually arisen upon this planet. The now widely accepted view that the entire universe in its present state is limited in time, and the apparently lethal nature of the unscreened solar radiation are both obstacles which greatly lessen the likelihood that life has come to us across the infinite wastes of space.

[M]en are now fascinated by the crystalline viruses and have turned that remarkable instrument, the electron microscope, upon strange molecular "beings" never previously seen by man. Some are satisfied with this glimpse below the cell and find the virus a halfway station on the road to life. Perhaps it is, but as I wander about in the thin mist that is beginning to filter among these decaying stems and ruined spider webs, a kind of disconsolate uncertainty has taken hold of me. (p. 126-127)

This is all very great reading. This calls to mind preformationism—Gould has a wonderful essay about this that all should read called "On Heroes and Fools in Science".

You can probably get all the Gould you'd ever need at Wikiquote but I might pepper him about now and then in what follows.

* Knoll has read Hawking and I think I heard it first from that English git in what undoubtedly inspired Knoll's title: A Brief History of Time.

* "A star is formed when a large amount of gas (mostly hydrogen) starts to collapse in on itself due to gravitational attraction. As it contracts the atoms of the gas collide with each other more and more frequently and at greater and greater speeds—the gas heats up. Eventually, the gas will be so hot that when the hydrogen atoms collide they no longer bounce off each other, but instead coalesce to form helium. The heat released in this reaction, which is like a controlled hydrogen bomb explosion is what makes the star shine." (p. ??, BHT)

God does not play dice

Clearly more on Knoll since this post is suppose to be about his book. 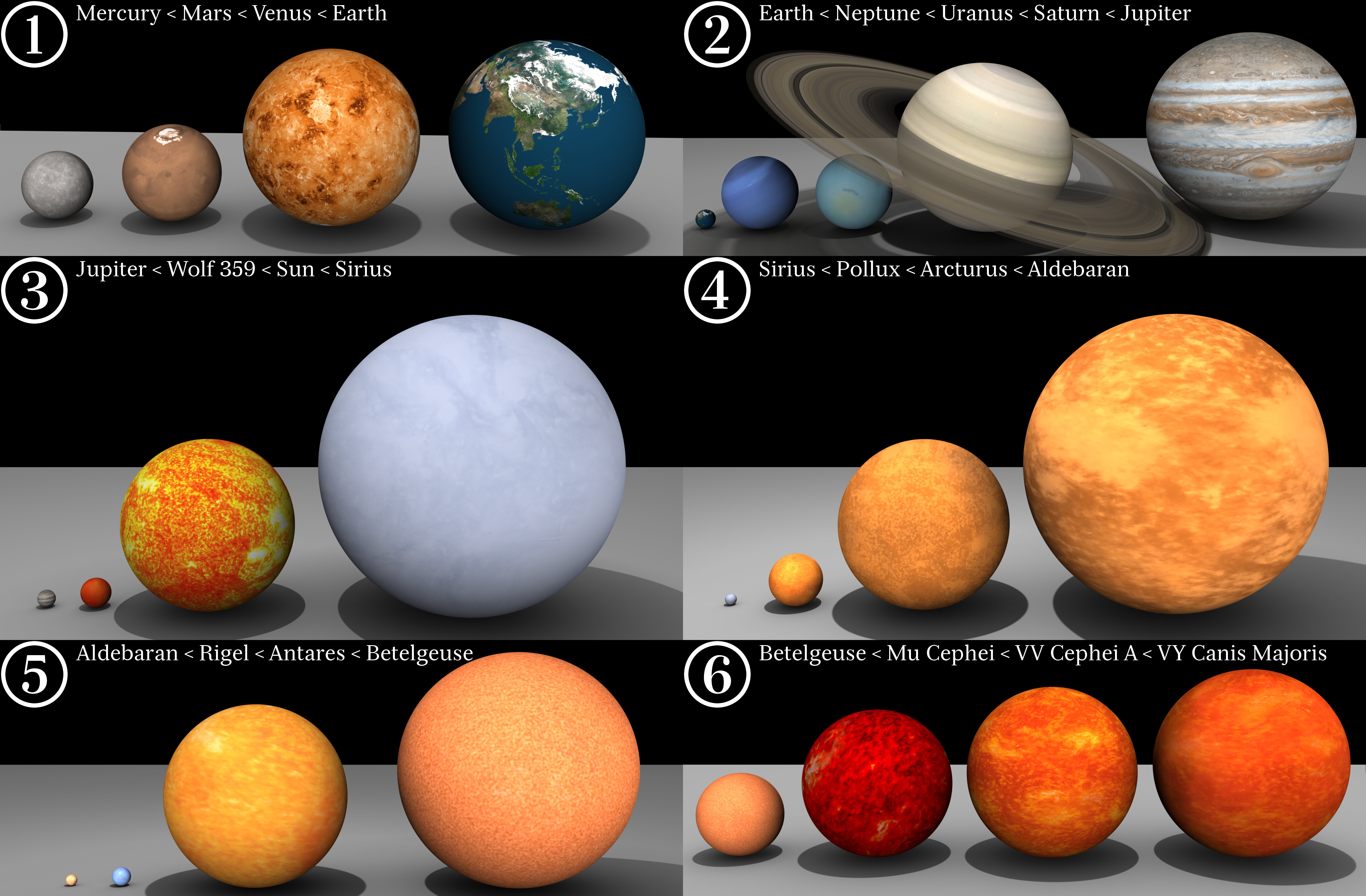 The itsy bitsy spider climbed up the waterspout.

Down came the rain

And washed the spider out.

Out came the sun

And dried up all the rain

And the itsy bitsy spider climbed up the spout again.